So, the temperature dropped below 10.c in the City, but Maddison’s sexual appetite did not. It was only Tuesday and the wind whistled up the streets blowing her hair all over the place and as she bumped into people in the streets and she locked eyes with both men and women, she apologised with a giggle, but it didn’t take a mind reader to see what was on her mind. Sex Sex Sex it was all she could think of all day, so she secretly was hoping to get a call, so she could get rid of this energy that was almost painful. So, a small distraction of a spicy warm Latte in a snug corner of her favourite Sydney haunt in the CBD would have to do. Halfway through her cup, she locked eyes with a gentleman she had seen last year, he promised to return with his wife for a play but thought he was all talk. So, she quickly darted her eyes away and stared out the window, she smiled to herself thinking of all the fun they had enjoyed last time and wondered what his wife looked like and what she tasted like, so much for the distraction. He was in his 50’s but looked younger than that greying at the temples in a dead set sexy way men can only do.

Later that afternoon an appointment was booked in and Maddison got to get ready. Little did people know she carefully and gracefully took 4 hours to get ready starting with a long soak in a hot bath with rose oil that nourished her body and made it so soft that her skin glowed and almost shimmered. Maddison often air dried her body to get this effect occasionally walking past her large window that pointed straight at an office building, it was always the confidence boost she needed if she caught the eye of an unsuspecting office worker, sometimes a crowd would gather, and she would pretend not to see them and carry on her routine. She imagined one day she would act shocked and close the curtains in a huff, but today was not that day. The perfect combination of lingerie was selected, and the anticipation was building in her chest, she loved the look on their faces when they opened the door. What would it be today would their mouth open and get a wow or a gasp and cough “please come in”. Most thought the profile photo of her was fake, but little did they know she was real and her profile described her to a tea. She knew she was gorgeous and hard to please in relationships, so this line of work was perfect for her as she got everything she needed and nothing she didn’t. Being a High-class Sydney escort is not easy but either is working in an office, Maddison’s education was first class and she breezed through university but found the constraints of her career boring. She found herself fantasising about what people looked like under their clothes and what type of faces would they make whilst Cumming inside her. The thought of her boss fantasising about her being bent over his desk with her panties around her ankles whilst he’s ramming his cock deep inside her ended up being the end of it, as it was all she could think of all day. She needed more of everything and a friend had introduced her to this Sydney Escort life and she had never looked back.

So, the evening came, and the temperature was even colder Maddison had worn a tight black short dress and a long coat. Her lingerie was sheer, and the cold wind snapped up between her legs was tickling her pussy into a frenzy, so when she arrived at her appointment she couldn’t wait. She hadn’t even looked at the details she was so excited, it has been a long day waiting to release her energy so to her surprise the door opened, and it was the gentleman from the cafe, he’d remembered her name and called directly afterwards. The office offered no diversion for his thoughts about Maddison and couldn’t wait to see her glowing skin and enjoy her playful nature. “So, you did see me” she teased, much to his delight Maddison had remembered him. The fun began almost instantly as the air was electric with anticipation and as she walked home she thought about his wife if she would join them next time and her fantasy began to build so she hoped it was soon. Oh god, she hoped it was soon.

Sex in the Club

The Most Ridiculous Implants Of All Time 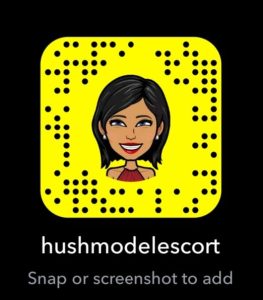