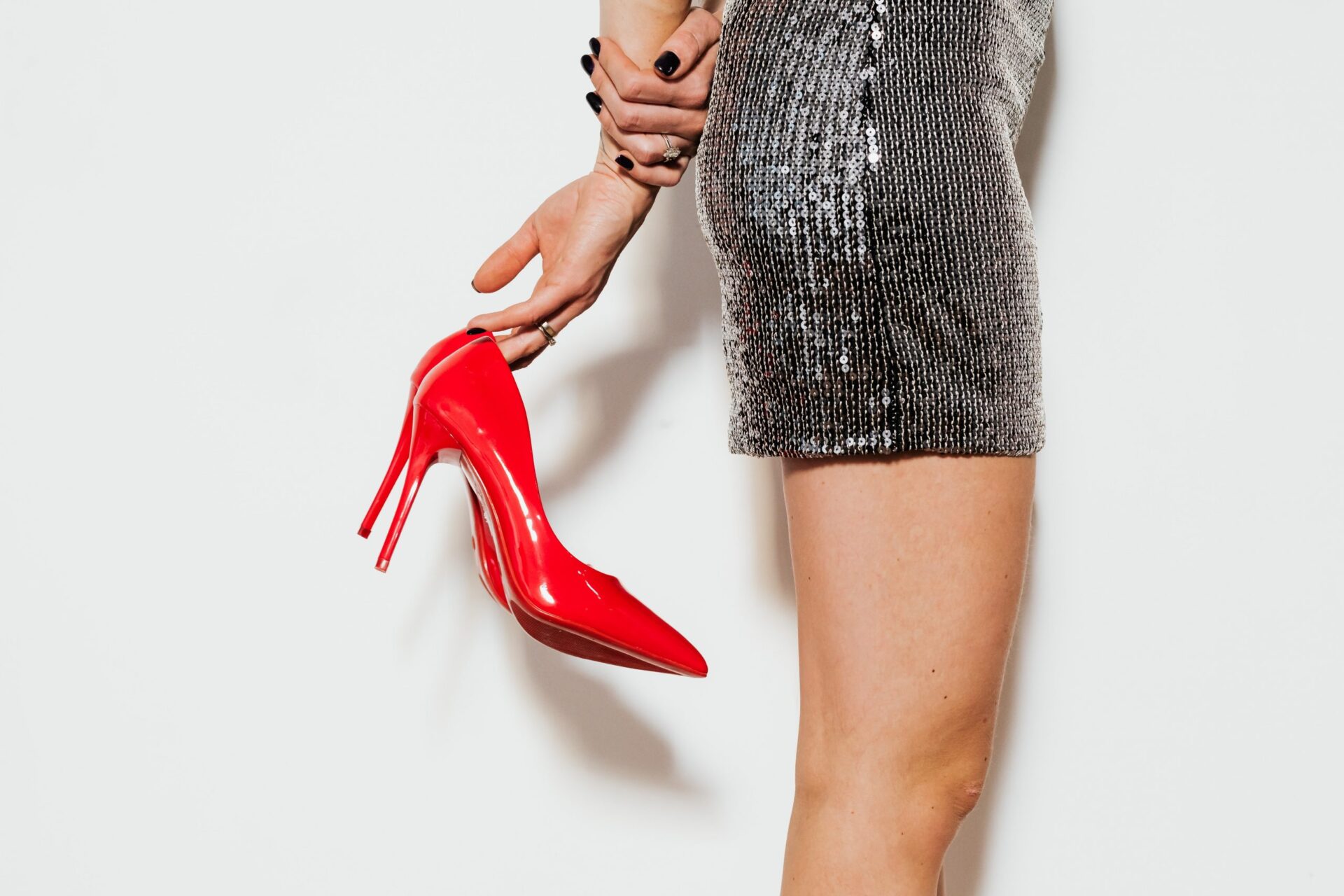 Every Saturday, Alexis Benz and her sister Judy repeat the same routine. They go shopping. These shopping trips serve as a wonderful opportunity to spend quality time together and catch up on what’s new in their lives. Judy’s a mom and a personal trainer and while she most certainly loves her kids, she also loves to live through Alexis’ stories. Alexis has an incredibly exciting life and tons of stories and anecdotes to tell. Every shopping session on Saturdays ends up in Judy’s home with a great workout session.

This time they went shopping for high heel shoes. Alexis chose a pair of sexy red high heels. They were absolutely divine. On the flip side, Judy was trying to choose new running shoes. A Mom’s life isn’t exactly heel-friendly, especially if she also happens to be a personal trainer. Alexis justified the purchase of yet another pair of high heels claiming she’s got nothing to wear with her beautiful summer dresses. Judy quickly replied she has more shoes than anyone else she knows.

Judy called a shoe salesman, who was busy with another client at the time. The salesman was tall, handsome, and had dark hair. He wore a black shirt and navy blue pants. As he was approaching, Alexis felt her heart just skipped a beat and it felt like a strong vibration throughout her body, even her pussy.

James, the salesman, was equally impressed with Alexis in her red high heels. He’d only slept with fantasy escorts in high heels. When he came near her and Judy, Alexis was bent forward and he got a close look at her marvelous breasts while he was helping her with shoes and whether they fit. They locked eyes for a second and both of them felt this strong sexual tension immediately.

He looked at Alexis and her perfectly manicured feet. James wanted her so badly he had to introduce himself. Alexis was such a sexy name and perfectly suited her, he thought. His body obviously reflected his thought as a boner in his pants was pretty obvious.

While Alexis did notice him watching her, she still kind of believed she was just imagining it. After all, she didn’t bring her A-game. Her dress was “ordinary”, hair in a messy bun, and didn’t even have makeup.

As Alexis was sitting on a chair trying out different pairs in her very short dress, James could see her panties and it drove him crazy. She noticed him gazing at her and saw a bulge in his pants. Finally, she realized it’s not imagination and it turned her on even more.

Alexis took matters into her own hands and asked if they have more shoes out the back. James replied affirmatively and invited her to the back room so she could check them out. Judy was busy on the phone talking to her friend. Alexis agreed and went after James.

As soon as they got into the room at the back, James and Alexis started kissing. He adored her in her red high heels. They were all over one another. He wanted her and she wanted him. James quickly took her panties off and she just wanted to feel his huge cock deep inside. And she did. James felt like he’s on cloud nine, it felt so good to be inside such a hot woman with tight and juicy pussy. They kissed passionately as he was fucking her against the wall. Alexis experienced the most intense orgasm, got down on her knees, and proceeded to take his cock inside her mouth. James loved feeling her lips wrapped around his cock and her hands massaging his balls. He was happy to cum straight down her throat.

Alexis put on her panties, James buttoned up his pants and shirt and picked up a box with the shoes they “picked”. It’s safe to say Alexis became a loyal customer at that very moment.

Is Sex Keeping You Youthful?

Meet You at the Airport